Developing lenses that operate over a wide temperature range

A question we are often asked is ‘What is the operating temperature range of a particular lens”. As refractive index is a function of temperature, you could reasonably expect that a lens will experience some performance degradation with changing temperature. In addition, you should remember in an optical system that a lens is not acting in isolation. It is important to understand that the thermal performance of a lens can only be properly viewed in the context of an overall optical system design which considers how it is mounted and how it is oriented to the camera imaging sensor. 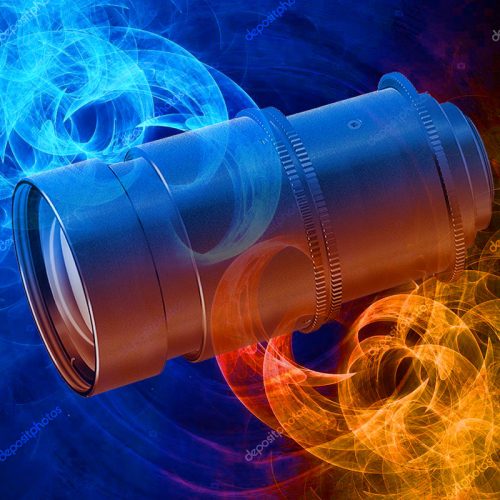 Increasingly design specifications we receive for new lens developments, particularly from space, military, and aviation customers, require the lens to hold focus over a wide temperature range, for instance -40° to +60°C which is a 100° temperature span. As the operating temperature changes, a lens will contract or expand, if the expansion is too great the lens could defocus or in a worst-case scenario the glass could crack or permanently shift positionally. Sometimes developing a lens to operate over a wide temperature range can be partly, or even occasionally completely, accomplished by the optical design and careful selection of glass types. However, often, the optical design needs the back-up of the mechanical design (mounting arrangement, orientation to the sensor etc.) to ensure that any expansion and contraction is as uniform as possible to enable the lens to maintain focus throughout the temp range. This approach is called Passive Athermalisation, which basically means there are no moving or active parts in the lens that promote refocusing.

Passive athermalisation is a popular route to achieving lens operation over a wide temperature range due to its simplicity, but there are limits to what can be achieved by this methodology. If your lens is required to operate at high resolution, over a wide spectral bandwidth or cover a large aperture then you will probably need the ability to refocus the lens as expansion due to temperature forces the lens out of focus. Manually refocusing the lens is straightforward, however the fun starts when automatic refocusing is required as this starts to get complicated and requires moving parts within the lens – a technique called Active Athermalisation. This technique is generally not as popular because of the complexity, which just presents more chances of mechanical failure within a lens assembly.

To discuss a new lens design for an application that requires ‘in focus’ operation over a wide temperature range – click here.