A major US organisation specialising in the application of VCR’s and airborne video cameras, has partnered with Resolve Optics to develop an optimised second generation miniature varifocal lens to enhance the competitiveness and market reach of their Head-Up Display (HUD) cameras.

The first-generation variable field-of-view lens, developed by Resolve Optics Ltd., made HUD camera installations an easy task without expensive aircraft modifications. This motorised iris lens proved itself ideal for the wide light level changes encountered in the air and captured the HUD symbology without the interference seen with traditional CCD iris.

The new second generation miniature varifocal zoom lens developed by Resolve Optics was designed to deliver improved performance, ruggedness and flexibility in a compact space. Built to withstand the high levels of vibration, shock and electromagnetic interference static typically found in aircraft, the second-generation varifocal zoom lens provides variable field-of-view allowing optimised focusing on objects from infinity right down to an object placed just 35mm from the lens in a wide range of aircraft. 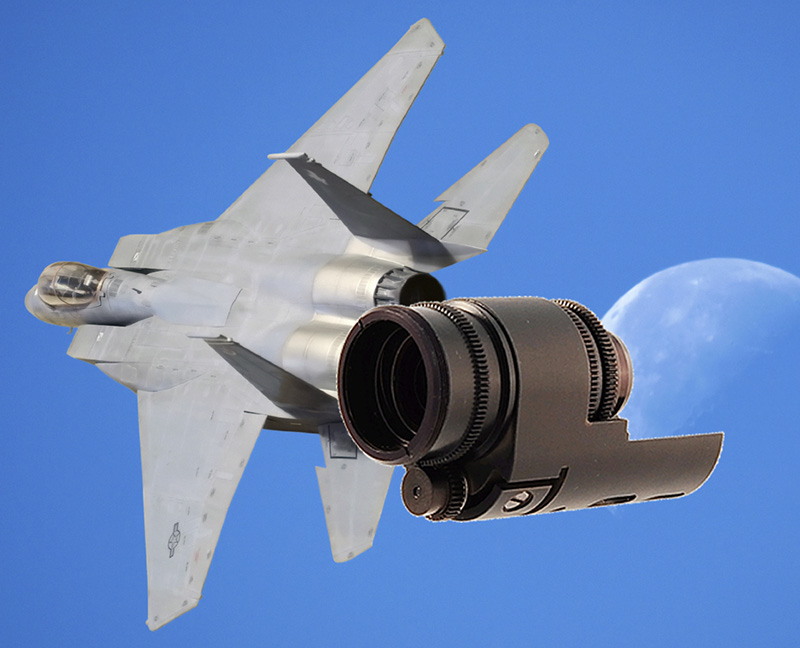 Did You Know: A head-up display (HUD) is a transparent display that presents data without requiring users to look away from their usual viewpoints. Although they were initially developed for military aviation, HUDs are now used in commercial aircraft, automobiles, and a rapidly expanding range of new applications. The head-up display market was valued at USD 1.02 Billion in 2017 and is expected to reach USD 4.71 Billion by 2023, at a CAGR of 29.91%.

For further information on how to develop a new specialist lens to improve the competitiveness of your product please visit www.resolveoptics.com/oem-design-manufacture/or contact Resolve Optics on telephone +44-1494-777100 / sales@resolveoptics.com.